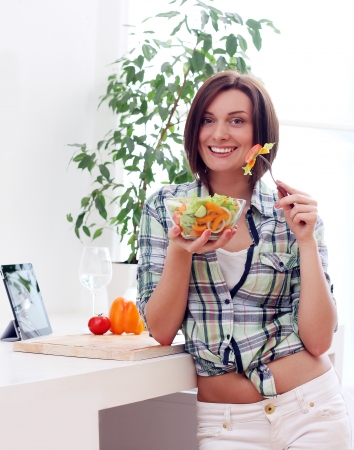 For long people have been under the impression that dieting more often than not, led to acute mood swings causing the dieters to lose their temper easily. However, a recent study has, after carrying out a protracted trial that extended to two-years, have established that individuals who were on a regular diet had a stimulating sex life, slept peacefully, and remained more composed. Those participating in the trial that were either overweight without being obese or had normal weight if they were successful in cutting their calorie intake by 25% experienced a better living quality.

However, the most noteworthy benefit that resulted from the decreased calorific intake was that the sacrifice caused weight loss. The findings of the study were reported in JAMA Internal Medicine on May 2 of this year. Corby Martin, who was monitoring the trial, observed that individuals with normal weight or those who were moderately overweight (but not medically obese) could keep weight loss as a lifestyle goal without compromising on the quality or standard of living. Martin, who’s the director of the ‘Ingestion Behavior Laboratory’ at Pennington Biomedical Research Centre, Louisiana iterated that ‘they can actually expect to feel better’.

Dietitians and nutritionists had hitherto maintained that normal-weight individuals who were subjected to dieting that meant fewer or restricted calorie consumption might suffer mood swings, experience decreased libido, and feel lethargic. However, this assertion was just a proposition and very few trials have been conducted so far to establish the efficacy of the hypothesis. The aforementioned study carried out under the guidance of Corby Martin was the first experiment that wanted to investigate whether dieting really made people irascible or grouchy and aggravated their hunger pangs.

The sample size for the survey comprised of 220 individuals who had BMIs between 22 (normal weight persons) and 28 (overweight persons). Those participating in the study were grouped under two categories-the group upon which calorie restrictions were to be imposed had 145 members and the other group had 75 individuals. A health expert advised the first group to follow a dieting regimen that’d lead to a reduced calorific consumption by at least 25% on a daily basis. Initially (for some weeks), food was provided to this category so that they’d develop a fair idea of the dieting conditions to stick to, and keep a watch over their portions.

Following dietary advice as suggested by the dietitian would also help them to choose foods that were wholesome and nutritious as well as gave them a feeling of fullness. The other category in sharp contrast was allowed to eat according to their preferences without any dietary restrictions. For the next two years, all the participants were told to answer queries regarding their sex life, sleep quality, mood, and lifestyle quality. At the end of the study, researchers were pleasantly surprised to observe that the first group witnessed a significant improvement in their libido and disposition as well as felt less anxious.

The state of their health also underwent a considerable betterment. Additionally, marked weight-loss was also seen in the individuals of this group. Participants making up the other group by contrast, did not undergo noticeable weight change and moreover, the quality of sleep waned during the observation period.