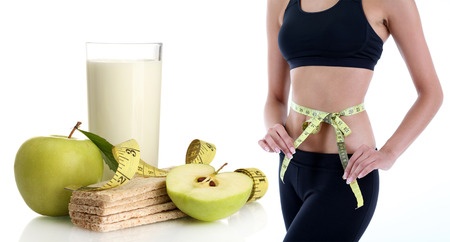 Dieting is a hard weight loss exercise for people tend to make food choices as per their individualistic thinking patterns, suggests a research study. The researchers came across evidence stating the fact where feelings dominated. As per their thoughts, participants planned to diet but it may fall apart owing to actual hunger when the feelings impacted their food preferences. The aforementioned study reveals that feelings have no role with the procedure of planning to alter eating behaviors. However, they have a role to play in terms of the actual behavior. This includes the decision of actual meal and menu order at the restaurant, reveal the experts.  They’ve found after research that feelings play a central role in prediction of actual diet.

Feelings are more automatic and turn up while engaging in the real activity. This is not the case with thoughts which includes a mental effort of coming up with plans to alter a behavior. According to university professor Kiviniemi, feelings hardly require self control and deep thinking. People forget to involve their feelings into consideration while making plans to alter food consumption patterns. Kiviniemi believes that people often come up with weight loss plans but fail to execute due to this reason. A substantial part of population often talks about dieting and weight loss but statistics suggests obesity and overweight issues among 60% Americans.

There are several factors responsible for determining the reason behind obesity among people. This includes food choices, genetics, activity levels and environment. However, fresh studies by researchers were conducted on people’s behavior leading to obesity. An experiment involved 300 participants where the researchers observed whether decision making factors used by people to alter eating behaviors have similarities with those guiding their actual eating habits. Both the genders were questioned to express their feelings and thoughts related to the consumption of actual food. This includes pizza, carrots, fat rich foods, vegetables and fruits.

People were asked to rate the foods within a scale using words that represents negative or positive feelings. For instance, people were asked to fill the blank portion with sad, delighted or happy. Sentences were like “whenever I consider eating burger, I feel……

Similar exercises were conducted to understand people’s thoughts. This includes giving them option of filling the blank portion with worthless, useful or beneficial. Sentences were like whenever I think about eating apples, I think of it as……. People were questioned on their latest eating habits along with any plans for changing them or not. Both the experiments revealed differences in factors influencing the diet plans and those responsible for guiding real diet behavior.

The thought process is driven by plans of changing food consumption behaviors. This includes the decision of weight loss with healthy food choices and raising the quantity of vegetables and fruits in diet as discovered by the researchers. However, momentary feelings like the desire to have tasteful or calorie rich foods influence realistic food choices. For actual weight loss, experts believe that people need to work out their eating behaviors that he or she associates with the positive feelings.