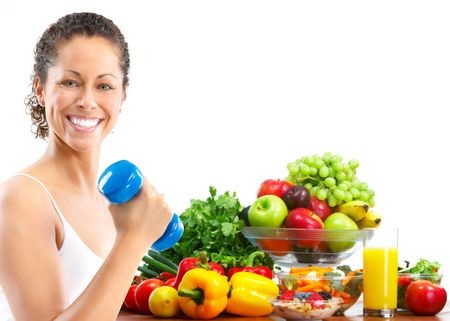 Until recently most professionals and researchers thought that the BMI (Body Mass Index) calculator and extra weight (or obesity) was the number one indicator of a likelihood towards mortality due to its negative cardiovascular impact. However, recent study conducted by Dr. Carl Lavie, the medical director of cardiac rehabilitation and prevention at the John Ochsner Heart and Vascular Institute in New Orleans showed that physical fitness in fact played an integral role of not only the cardiovascular system, but also the likelihood of illnesses and diseases that commonly lead to death. In other words, how you appear (weight-wise) even if obese, is not a tell-all as to your probable cause of future mortality.

Experimental studies recently conducted and shared by the American Heart Association (AHA) Scientific Sessions showed that a person’s physical fitness contributes to an individual’s cardiovascular system as well as overall mental health and wellness in more ways than originally thought. In fact, each were found to work conjointly in the sense that through a healthier diet and exercise routine, individuals were more likely to be motivated to eat healthier, avoid or deplete themselves of obesity, and live a happier life. Individuals were compared in this most recent study to identify whether or not someone who was considered obese would die sooner from unhealthy eating habits or other illnesses faster than someone who was considered ‘thin’ per their weight. The research showed that in the end, cardiovascular actively strongly impacted the likelihood of deterring illnesses such as Diabetes II and other obesity related illnesses that are commonly known to lead to mortality. Therefore, weight or ‘obesity’ is not everything.

While this research of course does not demonstrate that a healthy diet is not essential to avoiding mortality, it in fact reflects quite the opposite. As you might find, diet and nutrition are entwined with one another and therefore this research reflects just that. Positive changes both to diet and physical fitness will increase the likelihood of a longer life. Naturally, the usage of drugs such as cigarettes, excessive amounts of alcohol, and other unhealthy or unnatural substance abuse or dependence will greatly contribute to the deterioration of one’s health—also likely in contributing to obesity or unhealthy, underweight individuals—since the aforementioned drugs can cause both decrease and increase of appetite beyond normal measure.

While this research is not meant to encourage individuals to openly allow themselves to become obese, what it does identify is that there are much greater key factors in determining mortality when it comes to poor health and diet. Subsequently, those who had healthier exercise routines and diets not only survived longer, but of course naturally averted obesity with higher success rates. Statistics show in the United States that the average American comes nowhere near the natural recommended dietary guideline for consuming daily nutrients and minerals that are necessary to remain healthy. This, in combination with being obese, and or the abuse of drugs, sadly are a realistic recipe for disaster and a sooner death. Many people neglect to realize that unhealthy eating habits and a lack of exercise also negatively impact the liver and other essential organs, again, contributing to the overall likelihood of a faster, more painful death.

Bearing in mind this ‘domino-effect’ like reality, it’s important to weigh out positive changes that you can start making today to create a healthier, longer-lasting you!