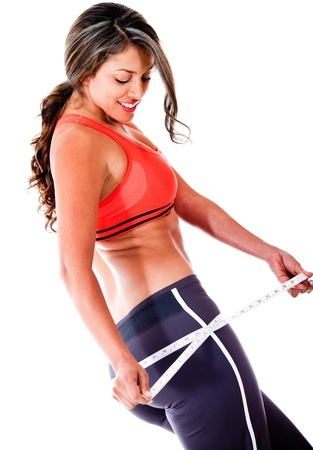 For those of you who’re too obsessed with weight loss regimens, the fact that losing even a small proportion of your overall weight will lead to significant health gains. Researchers and scientists at Washington University School of Medicine have established that foregoing just 5% of your weight on the whole may not bring about a remarkable change in your appearance. On the other hand, however, even a minimal degree of weight loss translates into substantial health benefits including reduction in the development and/or occurrence of strokes, heart attacks, and type II diabetes.

The above trial confirms and attests what healthcare experts, dietitians, and nutritionists who’ve all along maintained that weight loss to the extent of 5-10% leads to considerable health improvement. For instance, one can witness a noteworthy lowering of blood glucose, blood-cholesterol, and blood-sugar levels. The cumulative effect of these down-scaling rejuvenates you in a spectacular way ultimately letting you set more stringent weight reduction goals which obviously are more difficult to accomplish.

Dr. Samuel Klein, Director of ‘Center for Human Nutrition’ at WSU School of Medicine who steered the trial was increasingly of the opinion that attempting to reduce weight by 5% was much easier than trying to bring down body weight by 10%. He also strongly felt that those who found the target of lessening the weight beyond the 5% range an uphill task should not get unduly discouraged. Health benefits resulting from even a weight loss of this magnitude made a big difference to one’s wellbeing.

40 overweight males and females participated in the study that focused on the possible effects of weight loss to the extent of 5%, 10%, and 15% respectively on one’s health. Half of the participants in the study were assigned at random for purview of weight maintenance and the other half for observance under weight reduction. Several outcomes were observed and noted particularly with respect to those under the latter part of the study.

Individuals who lost 5% of their weights saw a cutback of 40% of liver fat that can act as a trigger for liver cirrhosis as well as other liver diseases and disorders. Additionally, these persons also witnessed a significant meltdown of intra-abdominal and body fat to the extent of 7% and 8% respectively. This loss of 5% corporeal weight also brought down systolic or the upper reading of blood pressure along with decreased heart rate. At the same time, this decline was in a way related to decreased levels of triglycerides, insulin, and glucose in the bloodstream.

This in turn substantially diminished the chances of cardiovascular and cardio-metabolic diseases including heart attacks, strokes, and diabetes. Additionally, the more weight an individual lost, the more were the improvements in health markers.  However, one aspect that stood out markedly among the outcomes was that a mere 5% lessening in weight led to extensive health progress. And how much time it may take for someone to decrease his or her weight by the aforementioned percentage? According to Klein, it’ll take approximately 13-18 weeks or nearly 3-4 months.