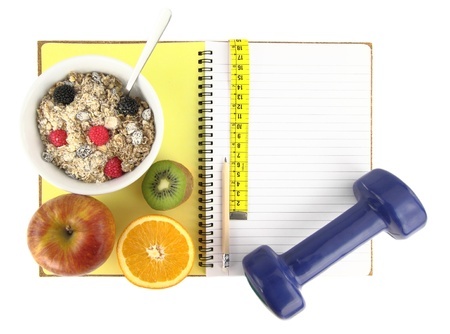 Major soft drink producing company  reportedly has pumped in money to a research organization for pushing the message of inadequate exercise as a bigger contributor to obesity. However, science still holds calorie consumption as key contributor to weight gain with maximum people. According to experts, it is exercise which keep people healthier but shedding calories play a more significant role with weight loss.  According to Dr. Cohen, massive scale of research has been conducted so far which shows that decreasing calories helps in losing weight for a certain period of time. The assistant professor from Harvard Medical School believes that adding exercise is good although it’s not the only solution for obesity.

Global Energy Balance Network is a newly established nonprofit organization. Last year, the soft drink company provided the organization with $1.5 million to help in its formation, reports New York Times. According to a statement made by Steven Blair, media has seemingly stressed on blaming the fast or junk food and sugar drinks for unnecessary weight gain. The exercise science professor and GEBN member believes that there is hardly a single compelling evidence to prove it. The nonprofit organization maintains that positive health requires the intake of healthy diet and regular exercise on their website.

On the other hand, GEBN’s website talks about strong evidence which says it’s much easy to    sustain exercise from moderate to extreme level. Compared to sedentary and consumption of minimal calories, maintaining a fully active lifestyle with extra calories helps more in weight loss. An editorial which released in 2014 finds GEBN members pointing out that increase in physical activity is more achievable compared to less calorie consumption.

Dr Cohen disagrees with the message. He believes that exercise session alone won’t do much on weight loss.  One of the reasons could be exercise leading to increase in appetite resulting in more food consumption on their part. According to Cohen, exercise would also lead to body producing more muscles which is much heavier compared to fat tissue. Additionally, it is much easy to reduce calorie levels from diet compared to exercising with similar intensity for burning fats.

A person is required to decrease 500 calories per day from their diet for losing 0.45 kilograms weekly. Theoretically, it could be relatively easy to cut down 500 calories by exercise compare to calorie restriction, believes Cohen. However, it will take some time for this strategy to workout. For a greater weight loss, people shouldn’t have a single calorie above their daily routine despite a rise in activity levels.

According to GEBN president Hill, diet serves as a key component with weight loss and control.

Sleep, stress management and exercise are also crucial components in weight control. Singling out any one aspect is not the real solution. However, Mayo Clinic advice lends support to this view of diet being more important compared to exercise in shedding kilos. Lowering the calories through diet changes would promote the loss of weight with greater impact compared to physical activity and exercise. On the other hand, Cohen voiced his thought reflecting greater emphasis on exercise being a part of weight controlling program.