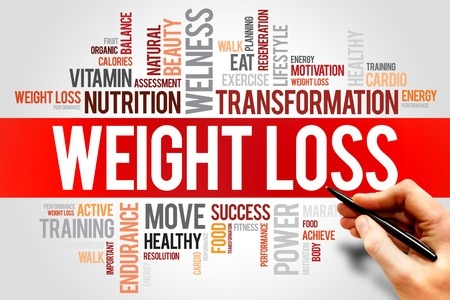 Diets play a big role in weight loss but it isn’t the only significant thing. There are sure shot ways of weight loss which are not primarily based on diet intake alone. One may take a hint from the points discussed below:

North-western University researchers discovered that length, intensity and timing of sunlight exposure affect the weight. They came to the conclusion after comparing people in two different categories. One of them got the exposure to sun in early morning while the latter experienced it later during the entire day. The second group of people recorded a low BMI compared to those experiencing sun exposures later in the day.

An individual’s BMI was higher when the hour of sun exposure was late during a day. The stats were authentic independent of their calorie intake, exercise regimen, age and sleep timing. Owing to the influence of light on cardiac rhythms, it regulates weight and metabolism rate.

As per a research study, three groups were offered salads which were presented in different manners. The first group had salads arranged in a way which resembled a painting. People in the second group had salads in way where vegetables were simply placed in clear rows. The third group had salads in a normal piled up manner. All of these salads consisted of identical ingredients, condiments and dressing but artistic salad received the highest rating by 20% margin.

People also agreed to pay double the amount to have the painting like salads. Both eyes and stomach are responsible while reaching out to healthy foods. Thus, some efforts should be given to present them in a suitable manner.

Eat without any distraction

Taking lunch to workplace is a great step in maintaining calorie intake. However, those focusing on meal consumption instead of surfing internet alongside will get better results.    A report published in a medical journal revealed that people playing computer games while having their lunch snacked more and also felt less full.

Nosh prior to shopping

A study suggests that avoiding meals prior to going supermarket is likely to interrupt healthy shopping. Participants fasted for up to five hours and provided with no food or just crackers. Later, they were made to shop at food market to arrive at a conclusion. The people belonging to the fasting team purchased 18.6% extra food compared to the other group. It included a stupendous 44.8% extra calorie rich items such as ice creams and chips compared to cracker consuming audience. For weight loss, it is better to have something to eat like seeds or nuts in certain proportion. One should finish it before walking through the super market entrance.

Artistic presentation of the vegetables

As per a study outcome, people are likely to make better food choices when the healthier ones are within easier reach. These should be presented enticingly to make them appear as normal choices as against other foods. Placing well sliced pieces of fruits in a beautiful bowl is more likely to catch attention against the one which is hidden somewhere. Cookies and chips shouldn’t be within easy reach to those aiming for weight loss.